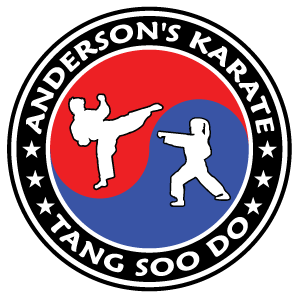 Human Potential: How Parents Can Maximize It In Their Child

Keys To A Healthy Weight

Are you concerned about your child’s weight?

Given the overwhelming media coverage about the child obesity epidemic, it’s difficult not to be concerned. We hear almost constantly that U.S. children are getting heavier and that we must do something about their unhealthy diet and low physical activity.

This sounds logical doesn’t it? To address the increased incidence in obesity among our nation’s youth, we just need to get them to eat healthier food and exercise more.

But, there’s a big problem with this logic — it hasn’t worked.

Kids are still getting heavier despite a massive effort by governments, communities, schools, health associations and parents to encourage healthy eating and physical activity.

What’s going on here? If eating healthier food and getting more physical activity are the keys to weight management, why is our population of kids still getting heavier?

In this report, we’ll explain the real reason for the child obesity epidemic and then share what this means as far as your efforts to help your child reach and maintain a healthy weight.

The fallacy of the traditional advice for weight management

Despite what you’ve heard, the truth is that your child’s weight is not affected by what types of food they eat or their level of physical activity.

We know this statement sounds heretical, but that’s what all the scientific research shows.

In contrast, here is a statement that is well supported by research.

**** If children pay attention to their body’s natural regulatory eating signals, their weight will settle at a level that’s healthy for their current stage of growth and development. ***

Sure, some children grow wide first and then thin out. Others grow tall and fill in and some end up being smaller or larger than average. That’s just the natural size diversity of the human population. A child’s growth will be just fine if his or her eating patterns remain normal.

Here’s the problem. Despite how difficult it is to disrupt a child’s natural regulatory eating signals, this is occurring with a lot of kids because they are experiencing self- and externally-imposed food restrictions.

These food restrictions may be real (e.g., weight-loss diet, banning eating foods which are considered unhealthy) or more subtle, such as parents or schools:

* Pushing healthy foods
* Labeling foods as good or bad
* Limiting portions
* Hiding certain foods
* Questioning food choices (“Are you sure you want that?”)

These real or subtle (but readily apparent to the child) forms of food restriction result in the child being afraid that food might not be available the next time they’re hungry, the specific food available now won’t be available again, or there won’t be enough food to provide satisfaction when they next eat.

These fears cause children to became preoccupied by food, lose touch with their natural regulatory eating signals and overeat when given the opportunity. As you know, such opportunities come along quite frequently:

* Friends house where a child is away from their parent’s eye;

* Local store or vending machine where a child can buy soda and candy with their allowance money;

* School where a child can access vending machines or foods from the ala carte menu.

In other words, children have plenty of opportunities to abandon whatever explicit or subtle food restrictions are placed on them and “eat when the eating is good.”

This phenomenon is widely known among eating specialists due to their own experiences and because it has been demonstrated in so many research studies. Here is an excerpt from one of those studies.

“In conclusion, restricting children’s access to a palatable food within their eating environment does not promote moderate patterns of intake and paradoxically may actually promote the very behavior its use is intended to reduce. This research supports the view that restricting access can sensitize children to external eating cues while increasing their desire to obtain and consume the restricted food. These findings also suggest that the effects of restriction on children’s eating will be particularly pronounced in families in which restriction is consistently in effect.” Fisher JO, Birch LL. Restricting access to palatable foods affects children’s behavioral response, food selection, and intake. American Journal of Clinical Nutrition 1999; 69: 1271

The reason our kids are becoming more overweight isn’t because they are eating unhealthy foods or are not sufficiently active. It’s because their natural regulatory eating signals have been disrupted by the overwhelming emphasis on losing weight and eating healthy foods.

To ensure your children grow in a healthy way you must feed them reliably and without restrictions. If you do this, food will become less of a preoccupation and your children will eat according to their natural regulatory eating signals.

“In treating children or adults who have lost touch with their ability to know when they are full, it is both a huge relief and very scary for them when I recommend that we eliminate the rules defining too much food. Most are sure that they will eat the entire house and more without these rules. In reality, many do eat excessive amounts for a short while — stocking up as their psyches wait nervously for the next restrictive diet to be imposed. But if such individuals can maintain their courage and continue to fill up with a reasonable selection of wholesome foods, eventually their subconscious minds register what is happening; they are free to eat according to their own internal hunger. At this point, something almost magical happens (or so it seems to those who have come to see themselves as insatiable). Suddenly, because they no longer need to eat in anticipation of the time when they will be cut off, they no longer need to eat it all right now. They begin to notice when they are full. They begin to trust that they can save some for later or can share their food, knowing they can get more if they choose.” Kater, Kathy. Real Kids Come In All Sizes. New York: Broadway Books, 2004: 165

How can you produce this confidence?

You can give kids confidence they’ll be fed by putting structure to snacks and meals your child can count on and not letting even the intent to restrict food creep into your feeding.

For example, you should:

* Serve defined meals and snacks at intervals that ensures your child doesn’t become too hungry (two to three hours for a younger child, three to five hours for an older child, but probably never longer than six hours). However, don’t let your child graze throughout the day. Food should only be eaten at defined snacks and meals.

* Serve enough food at each meal and snack so there’s always some left over, such that your child sees abundance rather than limitations (e.g., cookies left on the plate served for a snack, mashed potatoes left over in the serving bowl).

* Be careful not to let the subtle forms of food restriction occur (pushing healthy foods, labeling foods as good or bad, limiting portions, using low-calorie foods, hiding certain foods, deliberately running out of a child’s favorite food, questioning food choices — “Are you sure you want that?”

As far as what to serve, we recommend you relax about food selection and, instead, just follow these five simple eating guidelines:

2. Select more real food. Serve foods your grandmother would have recognized as food rather than the manufactured foods which are so prevalent.

3. Choose less fried food. For example, it’s probably not a great idea to go out for fast food several nights a week, but that doesn’t mean you should never go. There is nothing inherently wrong with fast food as long as your child is listening to their body’s natural regulatory eating signals.

4. Consume less calories in liquid form. This means that milk or water should be the primary beverage served at snack or meal-time. Liquid calories (e.g., juice for breakfast) should be less than 10 percent of your child’s total calorie intake.

5. Serve family meals which include a protein, starch, vegetable (or fruit, or both), bread, and milk.

What about physical activity

Therefore, you should be strongly encouraging your child to be more physically active, but for reasons of fun and overall health, not as a method for losing or maintaining weight.

Exercise shouldn’t be punishment for gaining weight. Instead, your child should view exercise as activities they absolutely love to do. Your job as a parent is to help them discover those activities.

We believe martial arts is one of the activities your child may love. Sure, we focus on skill development, discipline and confidence, but most of all we emphasize fun.

Many children begin classes with us for one set of reasons, but they continue because they are having such a blast and increased physical activity with all its health benefits is the natural result.

To learn more about martial arts and to determine if it’s a physical activity your child loves, please contact us and we’ll be happy to answer any questions you may have.

How To Put On A Better Birthday Party